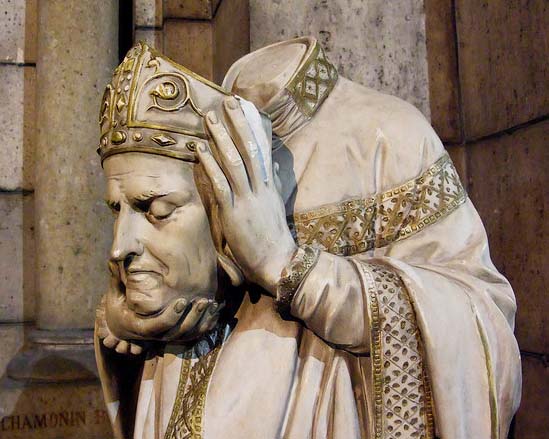 Cephalophore is the name given to saints who, according to legend, when decapitated picked up their heads and walked away.

St Dennis is one of these, a man whose popularity has meant that, the facts of his life being unknown, a lot of stories were told about him. The most well-known concerns his martyrdom. He is said to have been beheaded in Paris at Montmartre (Martyr’s Hill) and then picked up his head and walked to what is now Saint-Denis, preaching repentance.

For me, the story of St Dennis encapsulates the verse which says: ‘He, being dead yet speaketh’ (Hebrews 11, 4). By their lives, by their deaths, the saints speak to us – just as, in the way we live, we can proclaim Jesus without ever opening our mouths.